maestro is a Z Shell theme that I developed to learn how theming works in general with shells.

I intended to create something visually similar to the impressive night owl theme and with some of the best functionality that several themes provide but at the same time remain uncluttered. 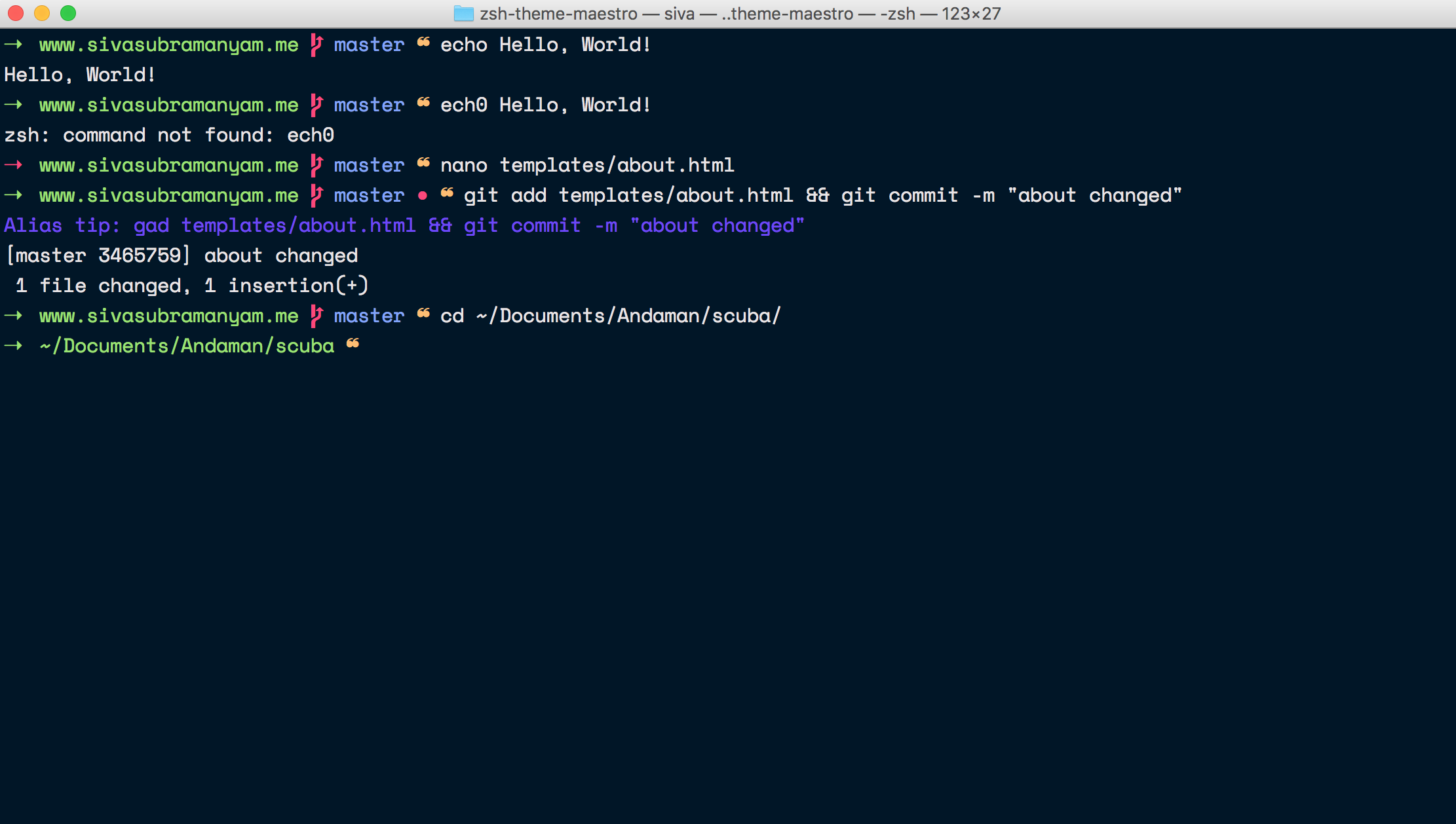 It has the following feautures: