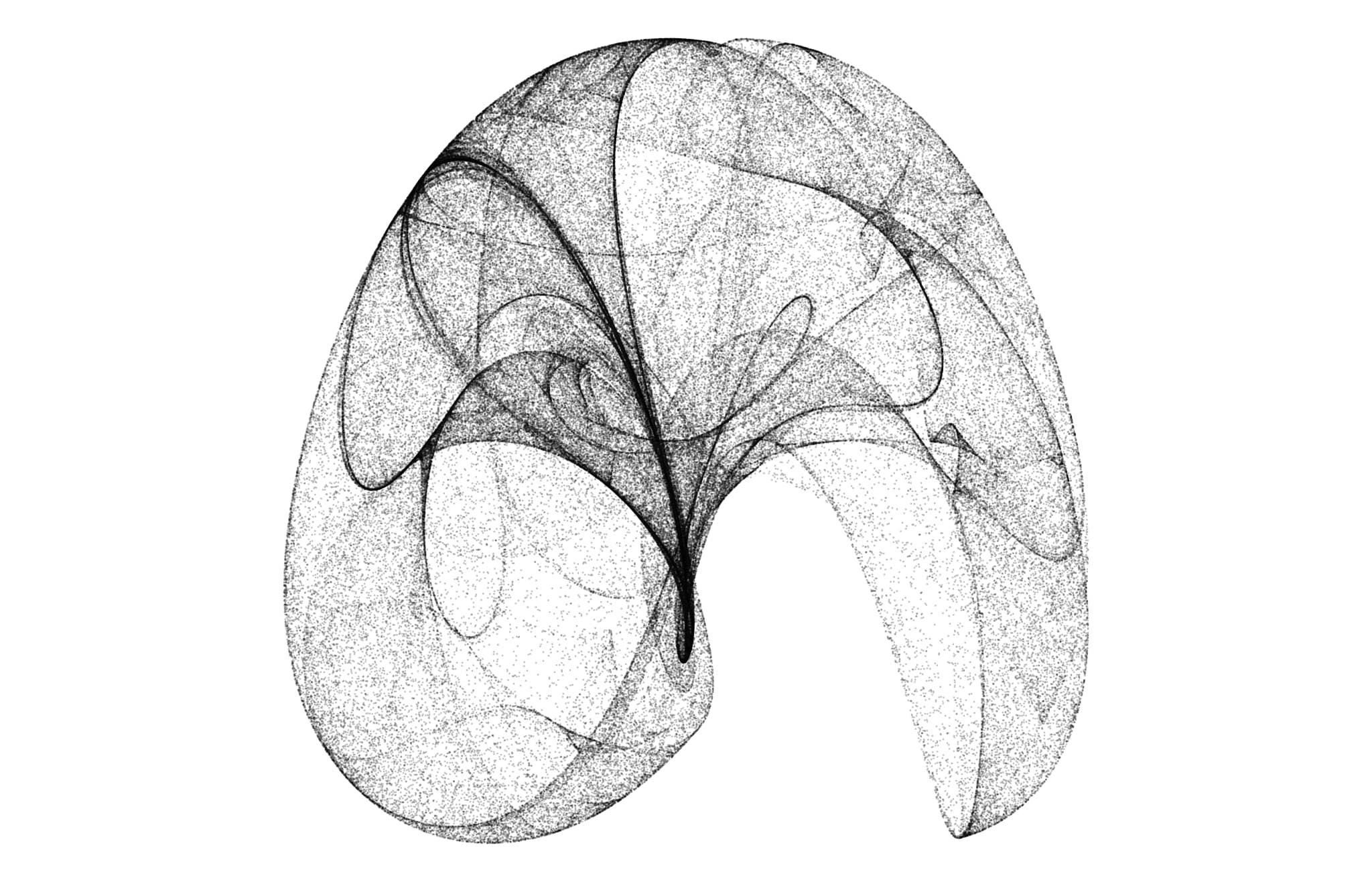 If you have been following me on Twitter, you would know that I have started experimenting with Generative Art over the last few weeks. While I initially started by just playing with circles and arcs and mixing random values in their equations, I still managed to get some reasonable output with them.

I then came across Strange Attractors and I immediately got hooked. An attractor is a system of numerical values toward which a system tends to evolve even for a variety of initial conditions(I'm quoting straight from Wikipedia). Strange Attractors are a kind of Chaotic System where the chaotic behaviour is found only in a subset of phase space. When the chaotic behavior takes place on an attractor, a large set of initial conditions leads to orbits that converge to this chaotic region. Due to this behaviour, they are often very beautiful to look at.

There are a variety of attractors, like Lorenz Attractor(a post about this is coming soon), De Jong Attractor, Clifford Attractor and Aizawa Attractor.

The De Jong Attractor is defined by the following equations:

where, a, b, c and d are the initial conditions.

Generating the attractor with HTML Canvas and JavaScript is straightforward.

By changing the value of a, b, c and d, different behaviours of the attractor can be generated. 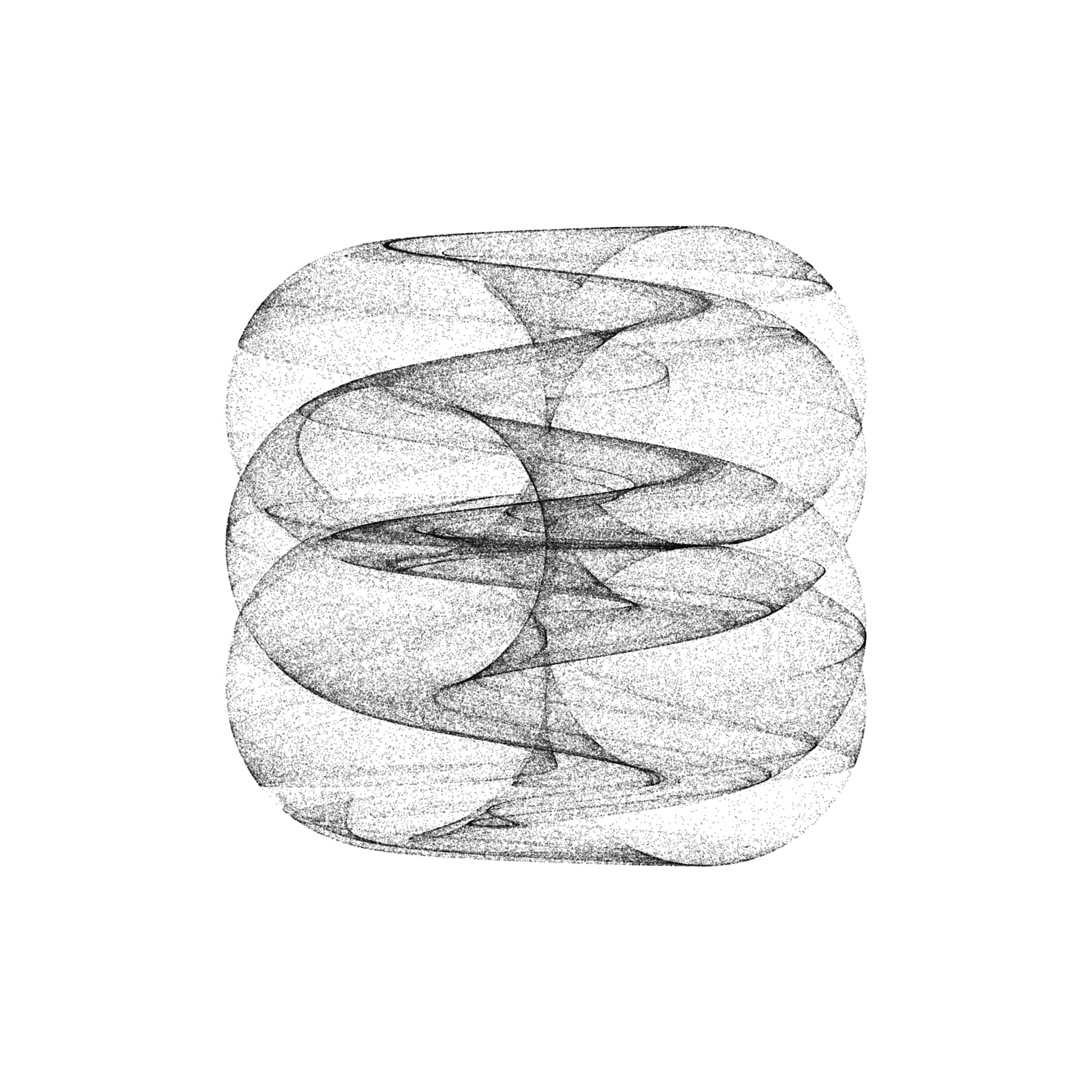 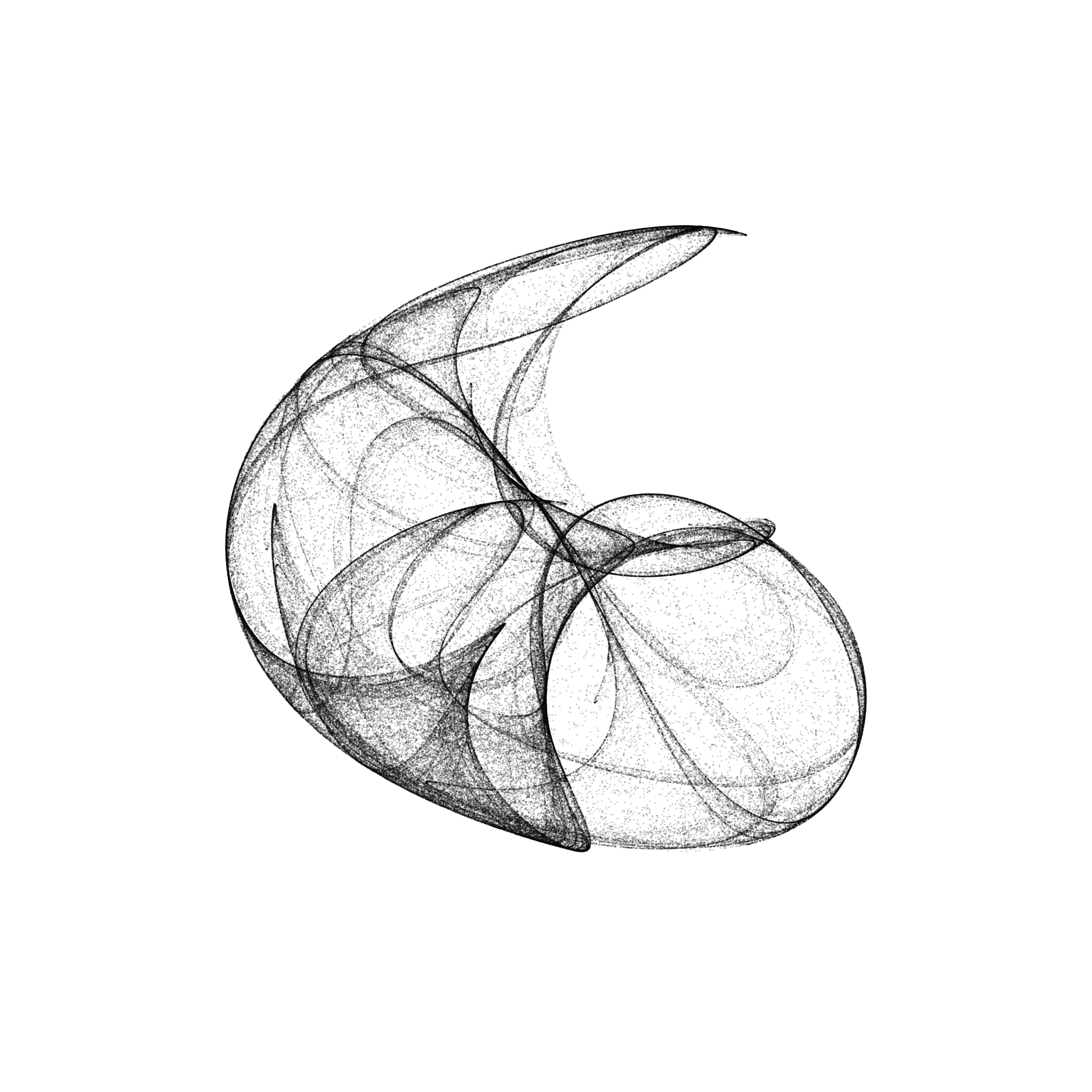 If you would like to see more, you can check out the repository on GitHub.